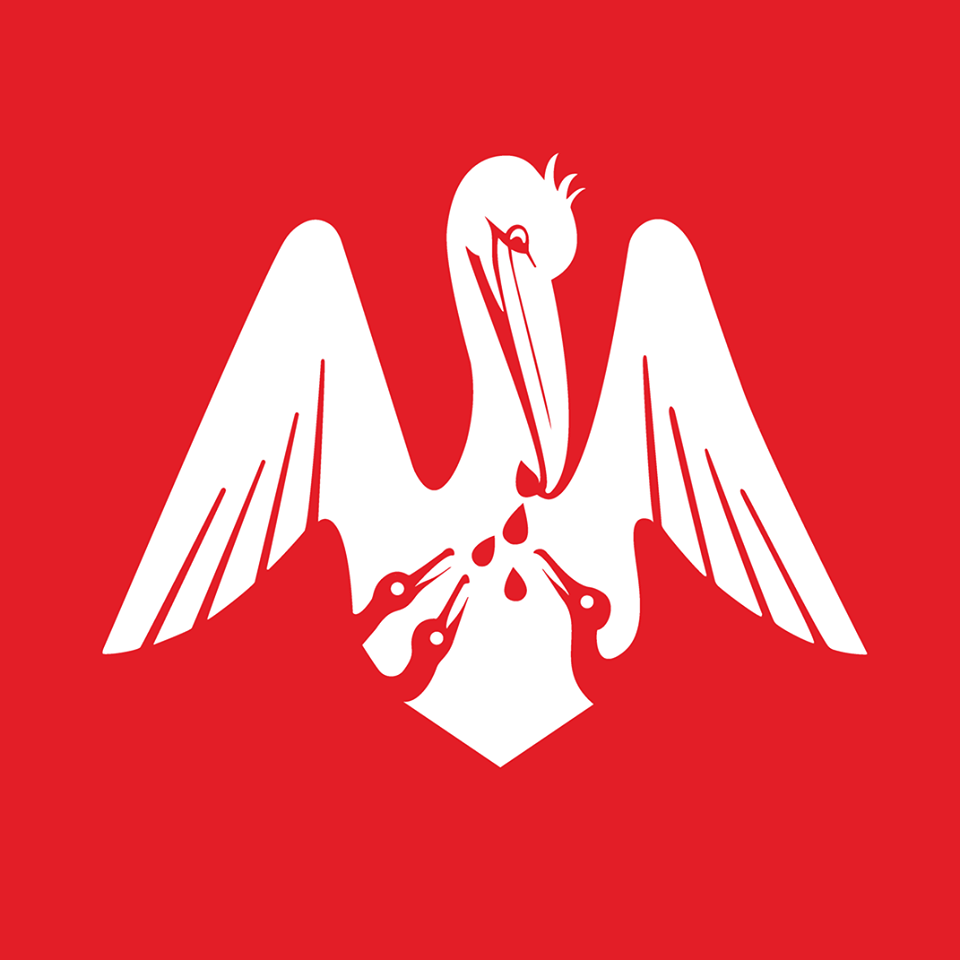 (Image used with permission of the Tradinistas)

Alex Anderson is a contributor to the Tradinista Manifesto, a document from a Christian socialist group which seeks to unify Catholic teaching with Marxist economics. I interviewed Anderson about the integration of two different groups and the state of Catholicism in the 21st century.

Diginativ: So the end goal of Catholic Leftism seems different than the end goal of Marxism. Whereas Marxists wish to end what they see as historical and logical contradictions of capitalism, the Tradinistas make less mention of that. Is the goal of a Catholic socialist society to remove contradictions or to reorient people’s lives to something other than its capitalist goal (which is to acquire capital)?

Alex Anderson: I’d say that if there’s a difference between the Catholic influenced by Marx and the secular Marxist it’s in the final telos, different visions of the good life after the fall of capitalism. On the level of immediate goals, I think our paths converge: we both wish to dismantle the liberal capitalist enterprise and free man from its contradictions. I think if there’s a difference it’s in what we wish to use that earned freedom for.

D: So that leads to another question: what would differentiate a socialist state that is secular from a Catholic socialist state? Or if we wish to be more accurate, the respective societies after the dictatorship of the proletariat.

AA: Here I think we go into the theoretical: part of our claim is that secular Marxists are incomplete in their Marxism, and a recovery of the Aristotelean Marx is required. This is because a moral view outside of that of liberalism is required to judge liberalism.

For that reason, we maintain that the differences would be slighter than might be supposed, the “secular” Marxist would base the moral fabric of society on an egalitarian Aristotelianism, while we would instead base it upon Aristotle filtered through Thomas [Aquinas] (who himself had to put a more egalitarian spin on Aristotle in order to fit him into the context of Christianity).

But, practically, in the pre-revolution age, the bickering between us usually boils down to differences in sexual ethics.

D: It’s interesting that you use the word moral. I think a lot of Marxists in particular claim they are firmly against the usage of morality. But a lot of church ethics shows up in the manifesto, given the pity the authors seem to give to the bourgeoisie. Here is a class of people whose lifestyle seems to directly contradict Christian teachings on greed and avarice: would Catholic leftists hold that it is right to pity them?

AA: Be advised that I use the word “moral” in a very broad sense, and that ethic’s inner understanding contains both right action of the individual as well as the right ordering of political society. Bourgeoisie morality is always sequestered from the political, into the “private” realm. Our cry is to make political economy moral again, which amounts to the destruction of capitalist economy.

Perhaps there is some room for mercy for the bourgeoisie for the believer that is not provided by unbelief. But I do not think that is the whole story, for our position is that the very souls of the bourgeoisie are at stake: they are living counter to St. Ambrose’s admonishment that all your extra wealth belongs already to the poor.

D: Right, and as Plato argues, committing evil is worse than suffering it, because suffering hurts only the body, whereas malevolence hurts the soul.

AA: Yes, and I think that this ties us to a tradition that Marx is very much a part of, even given his denial of the immortal soul.

D: Would making political economy moral again include most of the classic left-wing demands? That is to say, would you settle for a social democratic society, or are you looking for a society where the bourgeois renounce ownership over the means of production?

AA: I do think it leads us in that direction. The classical Christian view of property is already one that lends itself to similar conclusions: property in the broad sense (to be Marxist about it, both personal and private property) must be ordered to the common good. And this is absolute, property can be expropriated to serve the common good. We believe that bourgeois property violates this for reasons you can easily find in either Marx or the Christian Tradition, and that some sort of communal control of property is necessary. Liz Bruenig has written fantastically on this issue.

D: I’m not sure if I’d agree with Augustine here. This may be due to an insufficient understanding of what human law is, but it seems just for the proletariat to reclaim the surplus value of their labor, despite neither divine law nor human law supporting them. Or would divine law support the workers in this instance? Please forgive me, it’s been a few years since I’ve read Augustine and Aquinas.

AA: Our contention is that liberal human law is unjust law in that it sides with the propertied. That is, natural law requires something that is today denied by positive law.

AA: Yeah, it’s the same principle that Martin Luther King invoked in the Letter [from Birmingham Jail]: an unjust law is no law at all.

D: Cool. Since this publication is about contemporary culture, I wanted to change course and ask you how to counter the contemporary view of Christianity. I was raised to believe that all religions are vehicles that quell righteous dissent against the capitalist class and that, for the most part, religion was a right-wing tool used to silence the masses. I think a lot of people in my age group, from those just getting the right to drive to those who have the right to drink, view churches in a similar light as I did.

However, over the past year, thanks to your presence, as well as the presence of others, such as the previously mentioned Bruenig family, have completely revolutionized my view on the role of religion in society, and now I think of religion as a tool to bring about a better world. What causes this disconnect between my youthful cynicism and the more accurate viewpoint that I have come to realize?

In short, why do millennials view religious people as stuffy right-wingers when this is demonstrably false?

AA: I’m not going to deny that there’s some truth in the narrative. Religious people have sometimes have acted as a lid on revolution: whether this is post-Napoleon or the Evangelical Right of today. But we also have short memories, and the alliance between neo-liberal ideology and American Christians is a very short one, and possibly one on the verge of breaking up. There’s also some very aggressive readings of Marx on religion, when he himself did not see it as hugely significant: epiphenomenal at the most.

But truly part of this is the lack of engagement by both Christians and non-Christians with the depth of social thought provided by the tradition. This is partly the fault of the Christians themselves, who too often accepted too much the liberal line that religion is primarily private and moral in the bourgeois sense. But Christianity has a suspicion of riches that goes back to the very beginning, a tradition that says God himself became poor for our sake cannot but hold some suspicion of worldly power and wealth.

Some of this opposition has been sadly forgotten, but we shouldn’t forget that many of the pre-Marx socialists were animated by Christian concerns, and that torch has been carried by others such as my hero Dorothy Day since then. A recovery of that tradition is essential.

D: Right, utopian socialists are much forgotten. Another thing which for me changed my view was the proliferation of atheist narratives that seemed almost worse than the religious narratives they were replacing. Sam Harris, for example, did more to normalize Islamophobia and bad ethics in two to three years than entire religious sects did in decades.

The proliferation of atheist libertarians who want to massively gut any semblance of a social safety net so that they can extract more surplus value also leaves a bad taste in my mouth.

These things have occurred more frequently within our lifetimes than within the decades preceding it, but do you think it’s enough to undo the strong bond between many religious people and right-wing economics?

AA: Something people forget is that the alliance between the libertarian right and the Evangelical right is a political alliance. There’s no essential connection between Barry Goldwater and the Moral Majority. A lot of people have gotten in trouble assuming this connection is essential, chief among them many prominent members of the GOP. I think any realignment will be more likely caused by the post-Trump realignment than the New Atheist types, many of whom seem to be content pushing their awful politics in the setting of the Democratic party, who indulges them largely as a cudgel against the evangelical right.

I am not the first to notice this, nor will I be the last, but this is one way in which the “culture wars” militate against the development of a radical politics: you are asked to choose between an Islamophobic bourgeoisie atheism and an Islamophobic bourgeoisie Christianity. The rhetoric of both sides makes it seem as if the choice is far more stark than it really is.