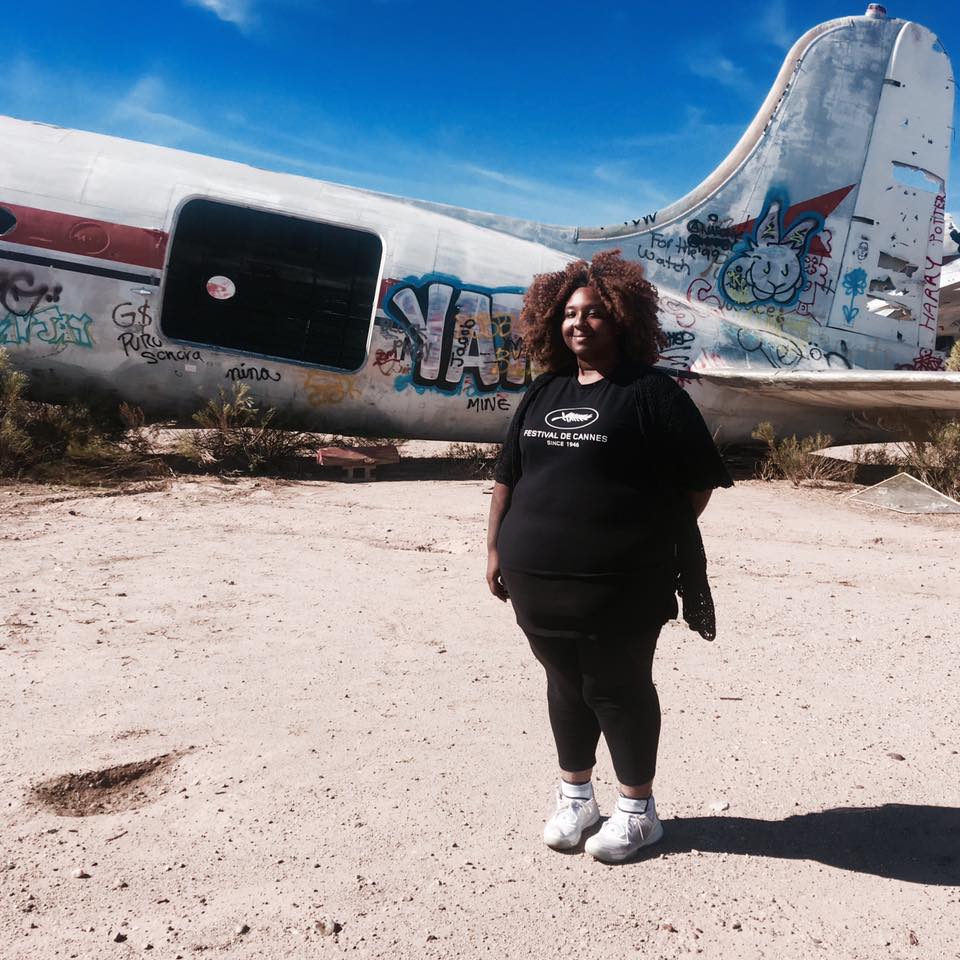 Shanice Malakai and Vara Ayanna are two Phoenix sisters who frequently collaborate on everything from fashion to film to creative consulting. Shanice does most of her work through Malakai Creative and is working on an independent film called “Snap”–a story about a black teenage victim of police violence. Vara Ayanna is a fashion designer. Her lines include Thriftqueened and her most recent incarnation, Marauder$, which will be showing at New York Fashion Week. The two effectively comprise a creative powerhouse. They’re often involved in each others’ projects but independently produce energetic and compelling material. Keeping up with everything that’s going on with the young creative duo is sometimes difficult. Lucky for you, we spoke with them about their current endeavors in an effort to bring the rest of you up to speed.

What’s going on with Malakai Creative, Snap, and your other projects?

Shanice: My team and I, we are currently cultivating a feature length project called Snap. Snap is about a black teenager who documents his last day of life with an app, exposing the contrast of his social blocks with those of his privileged counterparts. All of this comes to an ugly realization when he’s gunned down at a house party in front of his friends and now in front of the world.

We just finished filming the tonal/ concept trailer. We are looking towards building the base team and raising our funding through investors and financiers who are willing to be attached to the project.

Shanice: It’s been crazy. I had my first meeting for Snap in Feb of 2016. Back then, it was just an idea. This idea started with me and having nightmares. I kept having dreams of my little brother losing his life. This was right after the first reign of Trayvon, Mike Brown. I was in awe that this was mentally affecting me and had to do something about it.

Over a year of writing the short film, the feature, fine tuning the story, casting for the short, developing and producing the short – it’s been a crazy ride. Film making is not for the feint of heart. It’s a hearty and rigorous process and you have to be determined and not give up in spite of how hectic life can get.

When is the film debuting?

Shanice: Our tonal film/ trailer will drop soon, but for now – we aren’t having a finite campaign and release date around everything until the end of Feb.

Shanice: It’s been surreal. I come from a background of music videos, commercials and corporate work. Diving into the narrative aspect of things has been frightening, but I am determined to get this film made and to create a social film based towards empowering a younger demographic. Shanice Malakai
What did you want to portray?

Shanice: We are trying to portray humanity and a black experience within a world that DAILY vilifies black and brown lives. Not all black experiences are a monolith, and we aren’t trying to make it into that affect. We want to create a film that showcases life as it is.

What’s the ethos behind the fashion line?

Vara: Marauder$ is going to be for people who WANT to stand out, it’s for people who are not afraid to push the boundaries of their style, it’s weird because I never thought that throughout the creative process it would have turned into something way more simple than I originally thought. I think I had an idea in my head about how I wanted it to be – not remembering that art often takes a tone and vibe of it’s own, as well as grows into what it’s supposed to be on it’s own. Marauder$ photographs by Travis Seale
What’s it like working so closely with your sister in a creative and professional capacity?

Vara: Working with a sibling has definitely proved challenging at times. It’s like that’s my sister I have her best interest at heart – sometimes I want to have fun and do whatever I want and I feel like Marauder$ allows me to do that. When I step into Malakai Creative – Wardrobe Director & Creative Director mode I feel like it’s completely different. Also when were just with our family, it’s a different world. I feel as if we have really had to learn each other’s boundaries and learn to work together to get things done, but also keeping a safe space to feel like someone else has our back – when we are in our separate industries / moments. It’s fun to get to work so closely on all my venture’s with my sister. I enjoy it and wouldn’t change it for the world, even though we annoy each other at times.

Vara: Yes ! Marauder’s recently got accepted into NYFW. A style house that through’s shows all over the world accepted us, and we are graciously accepting thier offer – for a later date In september / October. I really am spending time nourishing my brands root’s and getting our cult following, production and marketing up. We are opening a show room very soon – and moving the brand to the LA area where we have received tremendous support. I hope to everyone what’s in store for Marauder$ in the coming months. Vara: The process of getting to this point, I feel has been CRAZY. So much work, time, and energy has been put into making Marauder$. Now that we have launched I amvery happy with the direction we are going & I am excited to build this brand.

What kind of unique experiences do you get from leveraging multiple diverse creative projects? Vara Ayanna at Fashion Week Los Angeles
What’s going on with Marauder$, Thriftqueened, and your other projects?

Vara: Marauder$ is definitely moving towards their prospective corner’s in the art world, to build I am releasing another capsule collection and holding more events etc., more product the better I am excited to release some new stuff and a new collection. Thriftqueened MAY pop back up in the very near future as I start my other Line + Store. I am so excited to be apart of Snap. This project will be amazing and I know everyone will be shocked and surprised. We honestly have so many things were doing and starting I hope that everyone enjoy’s the creative vibe we bring to our professions and I am excited to make more art.

What’s it like being a creative in general in 2017? What shit do you have to put up with? What are the difficulties/advantages of leveraging or navigating technology in this day and age?