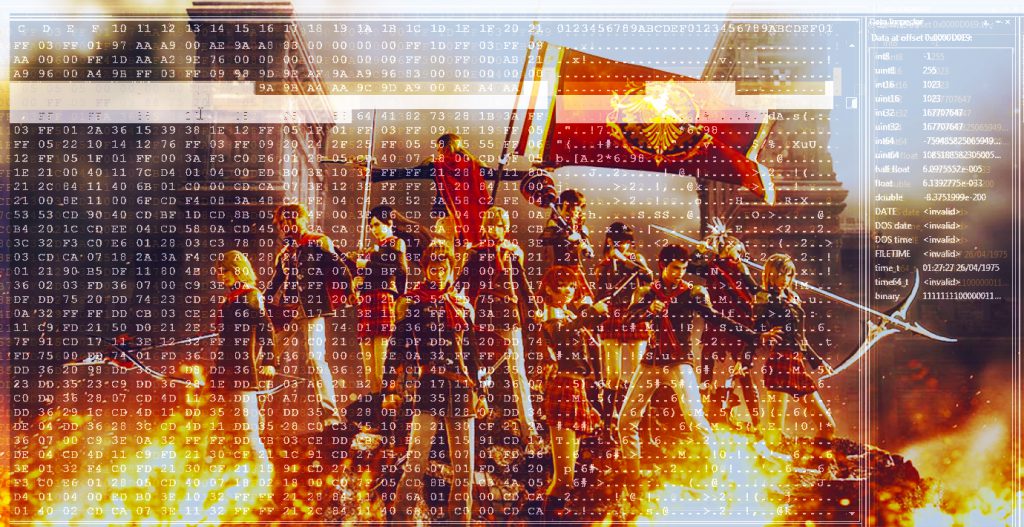 Something in the digital ether has given rise to novel forms of altruism. Under rational, self-interested models of market systems, there’s not much of a “logical” reason for someone to upload every episode of Bleach (for instance) to YouTube or torrent websites. Quite the opposite, in fact. In doing so, users expose themselves to the potential of legal retribution. However, in the process they make information and art readily available to a global populous. This type of altruism isn’t particularly unique. While few of us partake in the process of distributing data and information in such a fashion, the act has become relatively ubiquitous online. This practice may be comparable to what Baudrillard would describe as radical gift exchange: “equally dismissive of political and libidinal economy, outlining instead a beyond of value, a beyond of the law, a beyond of repression and a beyond of the unconscious.”

Similarly, ROM-Hacking is the process by which individual teams of programmers deconstruct a video game file, usually with the intent of editing its text output and translating the game for another language audience. For many in the English-speaking world, this is one of the few ways some might have access to certain games at all–especially Japanese-exclusive releases. In the following interview, Diginativ interviews Sky Blade Cloud, a prominent member of the ROM-hacking community. His fan translation patch for Final Fantasy Type-0 is said to have been downloaded over a million times (and was tempered by adverse reactions from both his team and the original publisher).

How did you get involved in the fan translation / ROM-hacking community to begin with?

It all started as a way of improving my skills while I was studying at the university. I’m really passionate about my career and I was curious about how video games work internally. I already knew several game modding projects and I found translation to be the perfect way of putting romhacking into practice, since it benefits more people. So I started messing around with files from several games (mostly analyzing them with a hex editor, trying to figure out what they do and how) and posting useful modification in translation forums, where other users would join me to help.

What current projects are you involved in?

Well, since it’s kind of difficult to find available Japanese to English translators, I’m currently working on several English to Spanish projects, including Valkyria Chronicle II, as well as the third installment (which was originally Japanese only and was kindly translated by another group of fans). I’m always watching the forums and helping whenever I can, but unfortunately, my current lack of time mostly prevents me from carrying out a whole project from scratch (I even coded tools for titles such as Tales of Destiny II and .hack//LINK, but I couldn’t find time to give translators the support they need to work with them).

What do you do outside of the community for work? Are the skills at all transferable?

I’m a computer science master engineer, working for a company that provides its customers with custom software (in most cases to streamline commercial processes), as part of the R&D department. I would say that romhacking does serve as good training to achieve transferable skills. In fact, I have found many of the processes involved in romhacking (such as reverse engineering, or high/low level programming) as part of completely different projects at work. It’s definitely not something linked to game modding alone.

What happened with the Final Fantasy Type-0 project? There are a lot of stories about your contact with Square and some internal issues with the your team.

Yes, I’ve read a lot of different theories about that haha! It seems that at some point Square Enix was indeed interested in our project, but they contacted us towards its end. Also, The communications were really, really slow: even though I always answered right after receiving their emails, they would take about a week to reach me back, every time. At one point the entire team was asked to give all their personal data for an NDA, allegedly to discuss top secret matters. Some members said they wanted to track us down, of at least stall the project. I gave Square Enix the benefit of the doubt, and was the only one who gave his data and signed the NDA. After that, no further communication took place. I didn’t receive the “NDA” signed by them back, my questions were left unanswered and no more emails were exchanged. Maybe they lost the interest, or maybe they got what interested them. In any case, over a month had passed since I received their first message and with no progress on the communications, I stopped taking them into account.

Next time I knew about Square Enix, it was through their lawyers, after the release of the patch. They were pretty uninformed (not even knowing that I had previously been in touch with Square Enix representatives, their own clients). I received several threats that I would go to court, and was even asked to surrender the rest of the team’s identities, among other legal requirements. Of course, none of that happened: after some emails, calls and letters, they decided to stop the process, in the best interest of everyone.

Regarding the team, it is true that three members didn’t agree with the patch’s release, as opposed to thousands of fans who had been eagerly waiting for it since the original release estimated date. After several months of delay the only changes to the translation were small rewrites, so I released it. Though those members were the ones to talk online (the rest, including me, didn’t really have anything to say), one of them apologized after seeing how popular the project became. I saw him very proud of his work.

Have you ever had any legal complications arise from your involvement in these projects? Is this why anonymity is preferred?

If you count that issue with Square Enix (even though it ended on nothing), that would be the only case. I know several similar cases, but I also know about many other successful collaborations between the developers and the fanbase. I don’t think there is a reason to take extra anonymity measures, compared to the average internet user. As many other people on the net, I use a nickname and that’s all.

There’s a lot of demand from English-speaking audiences for Japanese-only releases. Where do you think the motivation for involvement in these projects come from? Without people translating Mother 3, for instance, there was likely no hope that the English-speaking world would ever get to experience it. I can’t imagine whoever has been involved in these projects sees much of a monetary reward. Is it really just benevolent altruism at a very base level and appreciation for certain “works of art”?

I would say it’s a combination of several factors. One of the most important is being a big fan of the title you work with: it’s always harder to work on something for free if you don’t really care about the result that much, but fans, on the other hand, want to do it. Then there is the curiosity about how things work, which in my case leads me to try and find how algorithms and data structures in the game software work, so they can be modified. And also, yes, the desire to see a piece of work crafted by one’s team finally working, and to share it with the community of fans who bought the game–especially in those cases when fans buy games just to support a potential western release that never happens.